In addition, the following racers are recognized:

Brian Arsenault made a strong impression in his first year as a Strider. During the 2019 racing season Brian ran in 3 out of the 4 club series for a total of 18 races. He was the only new Strider to complete not only one of the club racing series this year, but instead two, taking on the title of both Granite Runner and Mountain Goat. 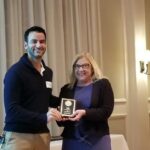 In her first year as a strider, Deb Uttero ran in 5 NHGP races. She was our highest female 60’s age group scorer with a total of 18 points, falling just shy of the top three in her age group for the series. You also never see Deb without a smile, her positive energy is infectious and her love for running and the club has encouraged others to join the club. 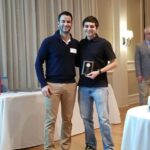 In the fall of 2017 Steve suffered a stress fracture that took him out for all of the winter and was not able to return to running until summer of 2018. Pretty soon after his return, Steve suffered another major setback that kept him out of running until December 2018.  The marathon he had run in 2017 to BQ would ultimately get him to the start line of Boston in 2019 but unable to fully recover in time, his Boston goals would wait another year. He did eventually get back to representing GCS on the XC circuit in 2019, taking third overall in the series this past fall, and is looking to continue that comeback into the NEGP circuit in 2020. 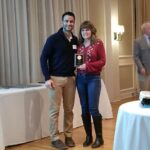 Throughout the season there were many obstacles thrown Gina’s way including a bought of pneumonia and rough fall on a training run that resulted in stitches. These obstacles would’ve sidelined any runner for some length of time, but not Gina. Gina battled through these challenges and took 3rd in her age group for NHGP and completed 11 series races between NHGP and NEGP. 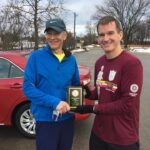 Andy has worked so hard and made incredible consistent progress this year. He challenges himself and takes risks by running with faster people yet he is always welcoming and open to running with whoever needs a buddy, despite pace. Andy has become much, much faster at every race distance including the marathon where he has dropped nearly 20 minutes on his marathon time in the last year. Andy has also been a consistent force across the racing circuit, having run 15 series races this year including taking on the title of Mountain Goat. 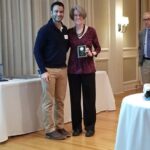 Tara stepped out of her comfort zone this year and represented GCS in all sorts of races from the mountains to the trails to the track. She raced in 13 series races across the NEGP, NHGP, Mountain, and XC series. Tara also took on the USATF All Terrain series this year. As she varied her races across the season her race pace continuously improved which resulted in a PR in the 10k this season. 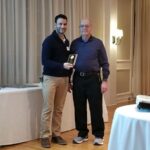 This season Ray ran all of the NHGP and Mountain series races, earning the title of Granite Runner and Mountain Goat. He also ran 2 XC series races and 1 NEGP race, taking his total club races to 19 for the year, the most team races ran by a strider this year. Ray also took first place in the men’s 70+ age group for the NHGP and completed the USATF All Terrain series.

Jacob Wormald also completed 19 club series races during the 2019 racing season! Not only has Jacob completed 19 races, but he was also often the fastest Strider at the races he competed in. He was the top runner in his age group for the NHGP, second overall in the age-graded results, and sixth overall in the cross country series. Jacob is a strong competitor and a great teammate. 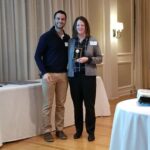 Beth competed across all four race series this year. She ran 3 NEGP, NHGP, and XC series races, and also ran 5 mountain races, for a total of 14 series races, the most of any female Strider this season.

Mark was dealt with both adversity and uncertainty this past year. Despite the challenge he encountered outside of running, he never let that slow him down and made enormous strides across the racing season including scoring 49 NHGP points, earning first in his age group at the CHaD ½ marathon, strong runs across the XC races, and a BQ in his first marathon. On top of all the success he had racing this season, his team spirit never went unnoticed. You could always count on Mark to bring a smile and laughter to any run. He brings out the best in those around him and keeps you pushing through a hard run. He is extremely supportive of all his teammates and has been invaluable in his role as club webmaster. 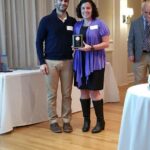 Emily is, and I quote, “so goddamn cheerful to everyone everywhere”. She is responsible for many of the social events that GCS hosts as the social director, bringing Striders together outside of just running, which we are very thankful for. When it comes to running, Emily’s determination is infectious. She is a hard worker who inspires all those around her. 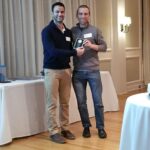 Brandyn completed in a total of 18 series races this season. As a Granite Runner, Brandyn earned 2nd in his age group with a total of 59 points in the NHGP. He earned the title of Mountain Goat and a third place overall finisher for the mountain series. He also put up a strong showing in the XC series. 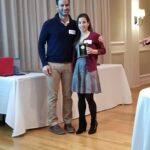 If you are at any Gate City event, odds are good that you will see Emmet there too. He volunteers at most of our club’s signature events, including the Freeze Your Buns and Summer Trail Series races. Emmet is willing to help out whenever and wherever needed.  He is at most social events, has raced many NHGP races this season, and is always wearing GCS gear! 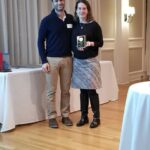 The majority of Jen’s year is spent volunteering her time to the club. She has served as race director for the Summer Trail Series and also plays an important role in our youth running programs. Jen is a coach for both the GCS PAL spring track and fall cross country programs, bringing her XC team to the USATF National Junior Olympic Cross Country meet in Madison, WI last month. 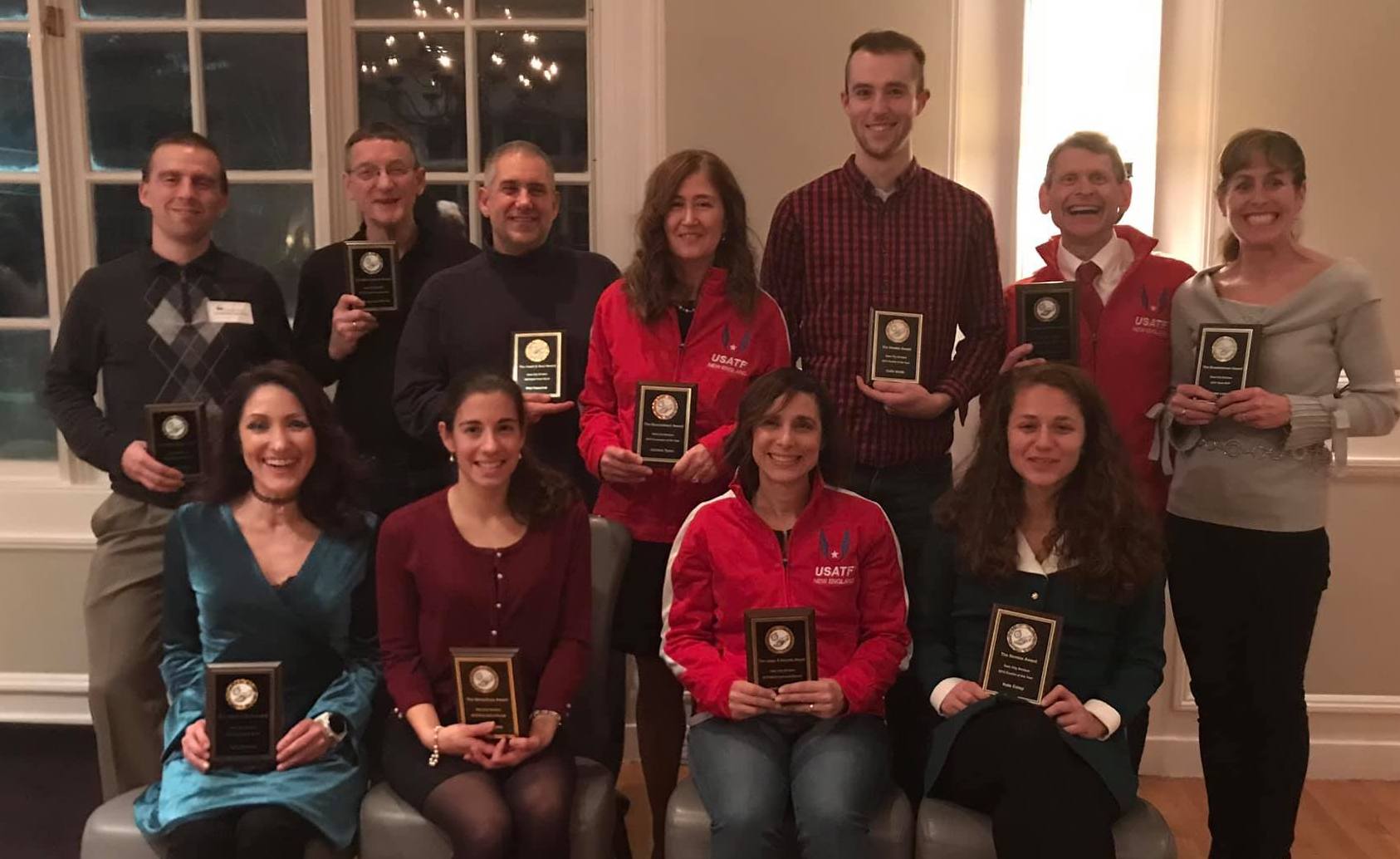 Male: Colin Smith
Colin joined the Striders in May 2018 and his impact was felt immediately as Colin helped secure our NHGP title with 20 points in the men's open division. He was also an active GCS member in the XC circuit helping complete the men's roster and consistently finishing as our second place GCS member behind only Jacob Wormald. He was the overall winner at the Halfway to St. Patrick’s Day 5K and also ran on the Co-ed Open team at the Mill City Relay and helped bring his team to a first place finish!

Female: Kate Estep
Kate Estep has had a huge impact as a new GCS member helping the team out 18 points and podium finishes in two of the NHGP races. In addition to racing in the NHGP circuit she won the overall individual title for the Women's XC circuit this year and played a key role in leading the women to a team 3rd place finish in the series. Kate ran on the Women’s Open Team -Scrambled Legs and helped bring her team to a second place finish in that division!

Male: Hein van den Heuvel
In October of 2017 Hein was having a triple bypass heart surgery that took him off the roads for a while. Most people would likely go through such a surgery and just hang up the shoes afterwards but Hein worked his way back into race shape and came out to race the CHaD 1/2 marathon in the NHGP series, finishing the race in under 2 hrs! He also ran with the team at the Mill Cities Relay.

Female:Adriana Tyers
Adrianna had been injured and came back in 2018 to PR in 8 different distances (5/10/15K, 4/5/10 miler, half marathon and marathon! She finished the Baystate Marathon, her second marathon, one hour faster than her first qualifying her for the 2019 Chicago Marathon. She ran all the NHGP and NEGP races earning both Granite Runner and Iron Runner!

Male: Paul Donovan
Paul set PRs in every distance he ran this year! He ran all the NEGP races and earned Iron Runner status. He ran 6 of the 8 NHGP races and earned 40 pts helping the team to NHGP win! He ran 3 hrs 18 mins at the Baystate Marathon qualifying him for the 2020 Boston Marathon. Paul also ran a Co-ed Seniors team at the Mill Cities Relay that earned 6 points towards the GCS victory.

Female: Suzanne Barker
Suzanne is a strong runner who became even stronger this year! She raised the bar on herself and set whole bunch of new PRs including a 9 minute marathon PR at the Baystate Marathon – qualifying her for the 2020 Boston Marathon! She also ran all the NEGP, earning Iron Runner status once again. She earned 38 points in the NEGP race series, scoring in all but 1 race and finishing in 2nd place in the Women’s 45-49 division. In the NHGP race series, she earned 11 points to help the team to victory!

Male: Brandyn Naro
Brandyn ran a total of 25 club races including all of the NHGP & NEGP races earning both Granite Runner and Iron Runner status. He ran 6 of the 8 Mountain Races, earning Mountain Goat status. He also ran 4 of the 5 XC Grand Prix races.

Female: Amanda Naro
Amanda ran a total of 16 races including all the NHGP races earning Granite Runner status. She also ran 5 of the NEGP races, 2 of the XC races and 1 Mountain series race!

Male: Phil Petschek
When you can’t run, you can walk and when you can’t walk, you can use a wheelchair! Phil ran, walked and even propelled himself in a borrowed wheelchair at the Halfway to St. Patrick’s Day 5K to complete the entire NHGP race series. He never stopped cheering and encouraging everyone else on the team throughout the year. His spirit is infectious! He also earned Mountain Goat status by completing 6 of the Mountain Series races.

Female: Yuki Chorney
What CAN’T you say about Yuki?! She's an amazing & talented runner and an even more amazing supporter of the team! Her positive spirit and vibes are contagious! She is the head GCS Unicorn and spreads happiness and sunshine to all those around her.

Male: Brandyn Naro
Brandyn ran all 7 NEGP races to earn Iron Runner status. He also ran all 8 NHGP races scoring 73 points for the team and getting him to a 1st place age group finish in the 30-39 division. He also ran 6 of the 8 Mountain Series to earn Mountain Goat status and he ran 4 of the Grand Prix XC races! In the Mountain series, he placed 6th overall in the men’s division! And he was on the 4th place open men’s XC team! Brandyn had some additional responsibilities too as the NEGP & Mountain Series coordinator as well as the GCS Marathon & Half Marathon committee.

Female: Karen Long
Karen ran all 8 NEGP races to earn Granite Runner status and earned 69 points & was key in GCS winning the NHGP title! She was first in her division, female 50-59. She ran 1 NEGP race, the Lone Gull 10k and placed 3rd in her division earning 8 points for GCS. Karen ran the long leg on the Mill Cities Relay on the first place women’s senior team, the Quick Quintastics.

Rookie of the Year: Christine Houde and Steven Hammar

Rookie of the Year: Lindsay Close and Mark Furler

Rookie of the Year: Tara Towle and Rob Chisholm

Rookie of the Year: Larisa Dannis and Emmet Clifford

Bounce Back Award: Leslie Why and Tyler Brannen

Rookie of the Year: Shannen Ardenault and Moiz Jafferji

Rookie of the Year: Kelly Aschbrenner and Tom Cassetty

Rookie of the Year: Meredith Dutton and Brian Ruhm

Rookie of the Year: Nicole Rogers and Justin Soucy

Rookie of the Year: Kristen King and Alex Brown

Rookie of the Year: Cassie Wright and Steve Tomasi

Rookie of the Year: Kerry Litka and Ethan Crane