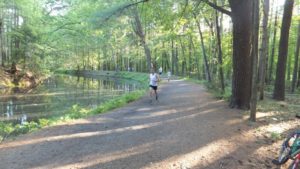 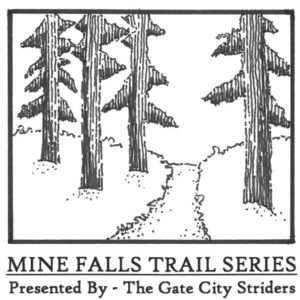 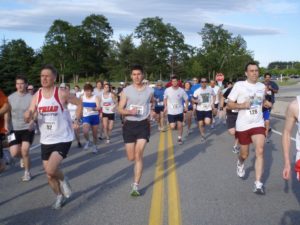 A fun, no-frills multi-week race series scored in two segments and run from Stellos Stadium along the scenic trails of Mine Falls Park in Nashua, New Hampshire. Choose from 5K & 5-mile distances. Both start at 6:30pm on Monday nights starting the first Monday of June through mid-August. A“relay” race will take place on Week 6 and a “PR” race will take place on Week 12.  Rain or shine.

The course is run entirely on trails through Mine Falls. The terrain for the 5K is mostly flat, wide & well groomed. The footing is rugged but safe, over rocks, roots and packed dirt. The 5-mile race utilizes some of the lesser-used trails in the park, through winding single-track and rolling riverside paths. The trails are well-marked with chalk arrows and volunteers directing racers at major trail intersections.